The Scorpion and The Frog is a classic fable with many variations. The gist of the fable can be read below.

The frog is naturally afraid and says “no, if I do that you will sting me and I will die”. The scorpion replies “Of course I won’t do that, if I sting you, we will both drown and die. That wouldn’t be logical would it?”.

The frog slightly re-assured by the logic, but still a little hesitant agrees. Half way across the river the scorpion stings the frog. In pain and dying, the frog asks the scorpion “why did you sting me, now we will both drown?”.   The scorpion replies, “I’m a scorpion, it’s in my nature.”

There are many interpretations and messages in this fable, however, the one of the most useful is that the behaviour of some people, is impossible to stop, no matter how kindly they are treated, or regardless of the consequences to themselves and their victims.

So rather than continuing to ask ourselves “why are the like that”, “why do they keep doing that”, at some point we have to accept that for some people it’s their nature, and we are powerless to make them change.

It’s then up to us to decide if we want those people in our lives at all, to limit exposure to them, or accept it. 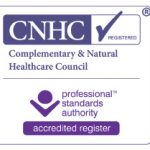